Many, if not most users in Second Life love to be anyone but themselves in Virtual Reality.

But some of us, including myself, would actually love to have their avatar, or at least one of their avatars, look like an exact or only slightly improved versions of their real life selves.

And if VR is going as big as some of us think it will be, we may eventually end up using our avatars for more than Second Life.
Imagine one day using your avatar (Second Life, High Fidelity or Facebook World) to go visit your family who live on the other side of the world.
I bet your aunt might not be too keen to see you appear in her virtual living room covered in scars waving a sword around and wearing a suit or armour, or see you the way you looked when you were dancing on a bar in a ‘special interest’ kind of club last night…
She’d want to see you look the way you do.
And one day when we use VR to do all sorts of things, you may even be invited for a job interview or a chat with a bank manager in VR, again a situation where you may not want to show up looking like Satan or a kitten with a hat on.
Even though nobody can say no to kittens with hats on.

Either way, I think it would be fantastic if Second Life Next Generation would have a tool that makes it al lot easier to make your avatar look like you and in a discussion on the SLUniverse forums I bumped into the two videos below that show some rather cool tech doing just that.

I think that even for people who do not want their avatar to look like them, this could be very interesting.
Because if by using a camera or even a motion sensor device such as Kinect or Leap Motion, you could create an avatar in SL, you would at least end up with a realistic proportioned avatar as a foundation.
Turning it then into a giant, elf, furry or child would be even more fun and you would always have this real grown up body to use as a template, something to compare your fantasy avatar with.
Or maybe you want to give your fantasy avatar your RL face or parts of it.

Anyway, I just think this is rather interesting and fun stuff that I’d love to use in Second Life, so enjoy;

Thank you Wolkenreiter for posting these on the SLUniverse forums. 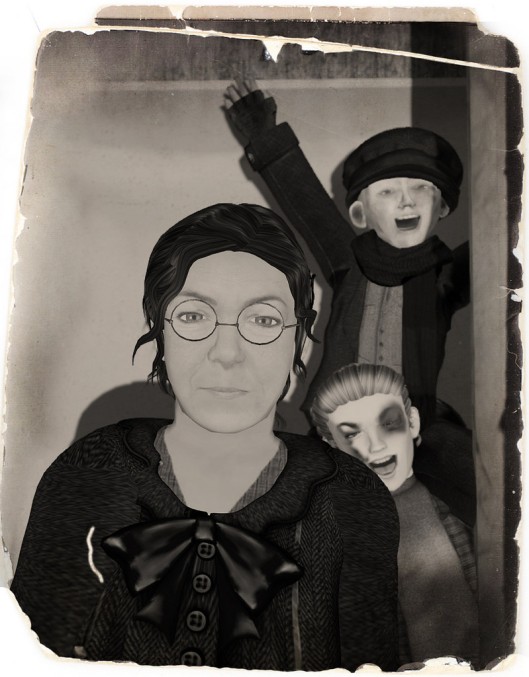 1 thought on “Putting yourself into Second Life”