Ebbe Linden spoke at VWBPE (Virtual Worlds Best Practices in Education) yesterday, sadly too late for me to be present myself.
I think the audience was a little smaller than last year so I guess it was too late for quite a few other people as well.

Luckily I found an excellent video by the splendid Mal Burns here on youtube;

Here are some of the things that stood out to me; 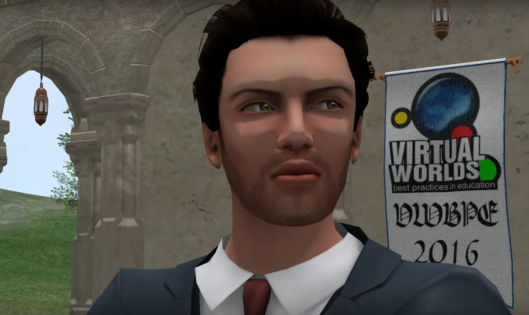