When I first wrote about SLGo, the service that lets you use Second Life on mobile devices but also on old computers at ultra settings, the reactions were very mixed.
In general everyone agreed that the technology was impressive, many of us can’t enjoy SL at ultra settings at all, so it was quite exciting to be able to do that not just on our old computers but also on mobile devices.

But people were unhappy about the fee.
Being Dutch I hate paying for anything, except stroopwafels of course.
During the beta testing that I was a part of, you can read my experiences here, Onlive had set the costs of their service at $2.50 a hour.
But it seems that the people at OnLive have actually listened to our complaints, suggestions and tips because they have lowered the prices dramatically and offered some really good subscription deals.

As Beta users we filled in some surveys and trust me, I filled it in with a Dutch mind; I wanted it for cheap.
Well they actually listened and even cut in half what the average amount was the beta testers said they wanted to pay.

It’s been almost a month since we launched the beta of SL Go, our mobile viewer for Second Life, and the response from the SL community has been very positive. Second Life residents have said they love being able to access Second Life in full 3D using Wi-Fi or 4G LTE on a tablet or lightweight laptop. We also know they want a subscription plan with unlimited usage and would like broader international access.

So today, we’re releasing updates that will allow more people to experience SL Go and that offer more choices and flexibility in our pricing.

SL Go is now supported in the following countries:

We’re grateful for the opportunity to support the Second Life community, and pleased to be working with such a passionate and creative group. We look forward to further developing SL Go with their feedback and suggestions.

And check out the interview Drax had with Dennis Harper, senior product manager with SLGo;

Make sure to check the Drax Files episode tomorrow where talk more about this subject.

I asked SLGo why Germany is not on the list;

When compared to other European countries, Germany has a number of rules governing online purchases which aren’t a perfect fit for models like this. We’d love to open up SL Go to users in Germany, and will certainly do so as soon as the opportunity presents itself. It’s understandably an important audience for us and for Second Life.

I also asked the SLGo team if it would be easy to change subscriptions, for instance what if you have the pay per hour plan but suddenly your super computer explodes and you have to start using SL on your poor old 5 year old laptop, in that case you’d want to switch to 10 bucks a month.
They said that you can subscribe to the monthly option at any time and the time you’ve already paid for on the hourly plan will not be lost but kept in a ‘credit bank’, so when you switch again those unused credits become available again.
But if you’ve got a LOT of SLGo time already paid for you can contact their customer support team who have been instructed to give a free month’s subscription to customers who feel they’ve been disadvantaged by the change of pricing.

Good customer service all around I reckon.

I still hope Linden Lab makes a nice deal with them to offer SL premium members a discount and perhaps SLGo should look into creating an inworld presence where people can pay for their subscription with Linden Dollars.

The official announcement on the Onlive website can be read by clicking here.

The Linden Lab press release can be found by clicking here. 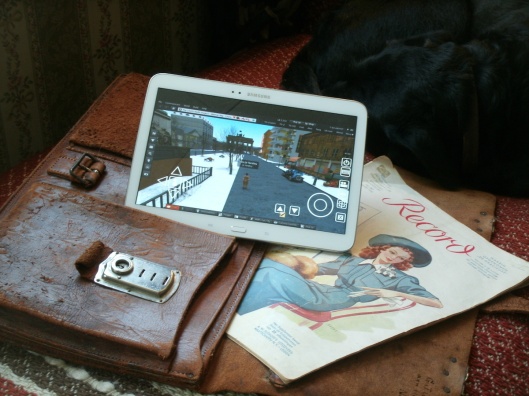 4 thoughts on “SLGo will cost $9.95 a month with unlimited usage”